I’ve been thinking about signup processes lately and what we can do with batucada (the next drumbeat.org) to make it easier, while encouraging users to use open, decentralized identity technologies like OpenID.

Whenever I come across a new service that I want to create an account on, I dread the idea of creating a new set of credentials and re-entering a bunch of information I have already entered elsewhere. OpenID solves part of this for me, and I’m always happy to see sites supporting it. The problem, however, is that OpenID only solves one piece of the puzzle (authentication) and there are usability problems abound. The latter problem is well known, and people have come up with a bunch of innovative ways of tackling it, including intelligent OpenID selectors.

The core of the problem is that people don’t tend to think of themselves as a URL, which is what OpenID uses as a supplied identifier. It’s been really hard to get the average web user to think of a URL as part of their identity, and frankly, they’re usually pretty hard to remember. There are ways around this, including hosting your own OpenID provider, or using delegation, so that you can choose an easy-to-remember URL, but it’s unrealistic to expect non-technical web users to be able to do this.

Enter WebFinger. The idea behind WebFinger is that, given an email-like identifier, an application can discover information about that user (including their OpenID provider). I really like this idea. I think people have an easier time with email addresses than with URLs. A bunch of providers, including AOL, Gmail and Yahoo have implemented WebFinger support, which means that there are a ton of people out there who already have WebFinger identifiers, even if they don’t know it (and they shouldn’t have to know it). 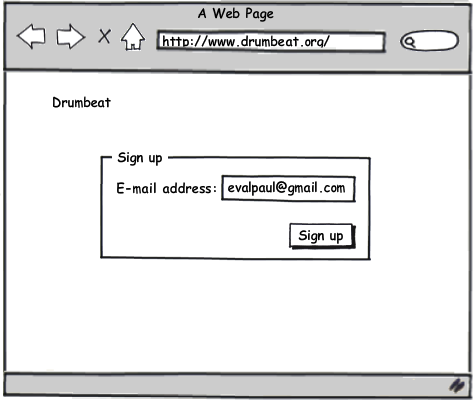 Once submitted, the web application would perform WebFinger based discovery on the identifier in the background. If an OpenID provider is found, the user could be presented with a friendly message asking them if they’d like to use it to sign in to the site. 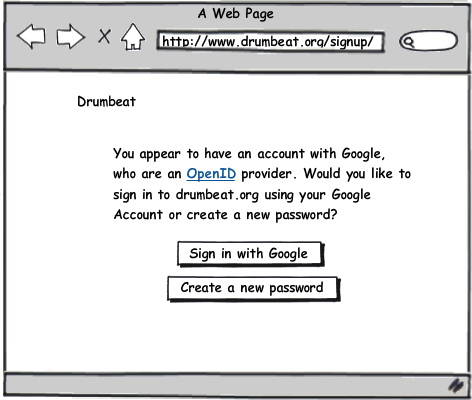 If the email address is not a WebFinger identifier, or if the user opts not to use their OpenID, fall back to a more traditional sign up form. 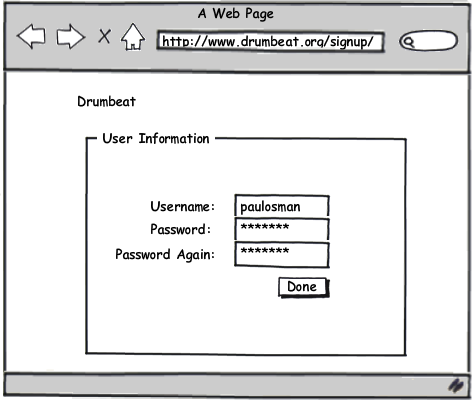 These are obviously very rough, but I’m interested to know what people think of this idea. Specifically how the process could be made easier for non-technical users. A few concerns I have (and note that UX / Usability is certainly NOT my specialty, so help is appreciated!)

Again, I’m certainly not a UX person, so I’d be very curious to hear what people think of this idea and if people have ideas about how to improve the flow.